Hello stranger!! It’s been a minute since we last spoke. Completely my fault, I’ve been soooo busy this week! And believe it or not, it hasn’t been entirely BodyPump related (although that’s definitely been a large part of it!). Here’s what I’ve been up to.

So, as you know, I filmed my Bodypump video assessment last Sunday.  Well, it has officially (really officially this time) been sent to Les Mills. I received an e-mail Tuesday morning saying that they were unable to view the video. So, after another six hours of uploading (the video was 7 gigabytes long, that’s almost half of the memory on my entire phone!!) it was finally posted to YouTube successfully and shared with Les Mills! So yes, the waiting period has officially begun. Day 3 and I’m freaking out 😉

In other exciting news, one of my close friends is in town. He moved to California last year (how uncool of him), thus breaking up the crew. Well, this week we got the crew back together and had an amazing time. We planned several adventures.

Tuesday was a children’s movie…we saw Inside Out. This is something we love to do. Imagine four teenagers in a theater surrounded by parents and children. It’s definitely an odd site. But I think we enjoyed the movie more than anyone else there, to be completely honest. Everything is fun with these three! 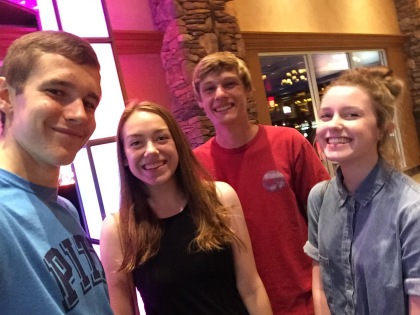 Yesterday was a hike. We got out and enjoyed nature. What’s that? Starbucks and cell phones aren’t considered “nature”? 😉 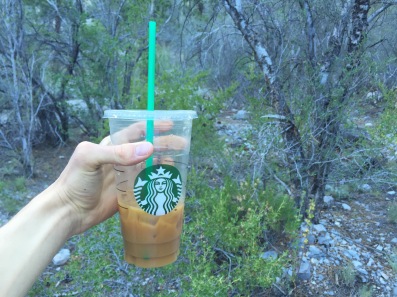 This was followed by some IHOP (unpictured. Sorry, my pancake combo barely left the hands of the waitress and it was already being devoured.) So enjoy this interesting photo from our hike.

And today is going to be laser tag! We are feeling like kids again this week, and it’s been a ton of fun. 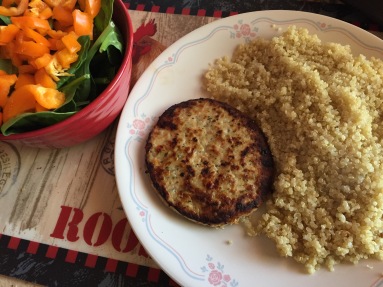 So that’s how the TeelFit world has looked the past few days! Hope everyone’s having an awesome week!