I am all about the clever themes this week! We’re going back in time with today’s post. Admittedly, I am only 17 so I have a limited amount of years to throw back to. But, there’s still a few! Let’s discuss an interesting time: MIDDLE SCHOOL!

Above is chubby little sixth grade Will. Believe it or not, this is the year that I discovered running. My school was advertising an informational meeting for a running club, so I thought I would check it out. Little did I know that it would become my life! 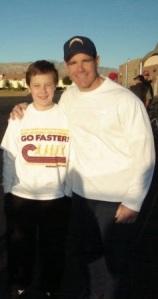 Sixth grade was a rough year for me. I was constantly getting teased by my “friends” and I had to deal with the typical middle school crap that we all experienced. But, I had found something that acted as an escape, something that I loved and still do today: Running! 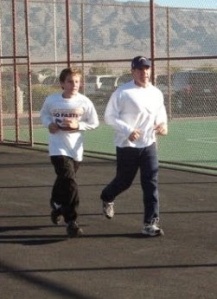 When I started running, I was no natural. My times were extremely slow. I would stop and walk all the time. I even cried sometimes. Although I thought about giving up every day, I stuck with it.

Eventually, I started to get better. I even passed up my “friends” one race. Very quickly, running became the turning point in my self confidence. I began to stand up a little taller and actually started believing in myself! I also started to lean out a little bit, so my self image improved drastically.

Pretty soon I was hooked. My parents and I began signing up for as many 5k’s and fun runs as we could. We especially loved the obstacle course races! Here’s my mom and I at the Devil Dash (Please excuse my terrible long hair. Middle school was an awkward three years.) 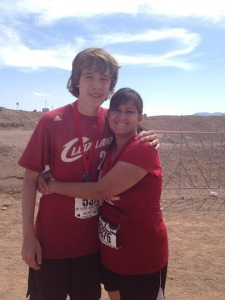 And then here’s me a few years later at the Warrior Dash. 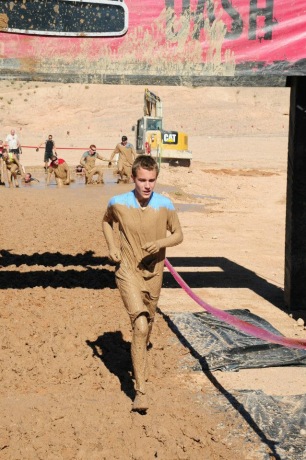 Finally I decided to run my first half!

Running has changed my life in so many ways. I don’t know where I would be had I not been part of middle school running club!

Aside from running, let’s throw back to this morning’s coffee! It was much needed after a very cold run. The wind was not on my side!! 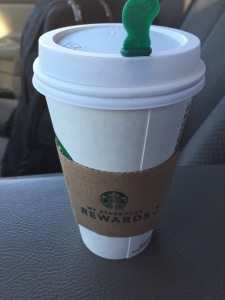